Gaogong lithium: lithium carbonate prices will drop to below 400000 yuan in 2024 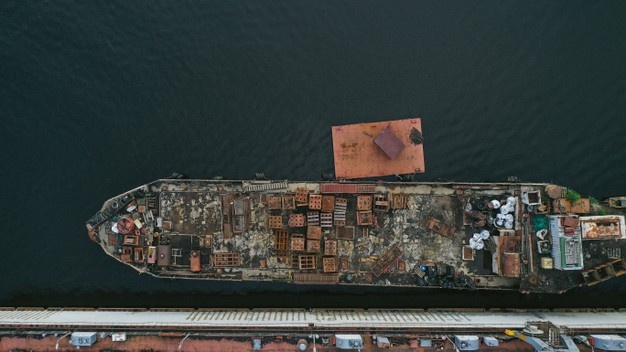 Lithium industry outbreak can not be pressed? “Lithium capital” Suining grips resources to accelerate the “complementary chain” in the fine industry

China National Chemical Engineering Co.Ltd(601117) and physical power industry association secretary-general Liu Yanlong said at the 2022 China (Suining) International Lithium Industry Conference and International Exchange Conference on New Energy Vehicles and Power Batteries held on November 9-10: “Suining, as the core of the twin-city circle in the Chengdu-Chongqing region and the gateway hub linking the Chengdu-Chongqing region, has unique advantages in the basic lithium salt industry. Relying on the Tianqi Lithium Corporation(002466) , Sichuan Yu can and other key enterprise projects, Suining already has the world’s largest lithium iron phosphate production base.”

According to the Suining City Bureau of Economy and Information Technology (hereinafter referred to as “the Bureau”) data, up to now, Suining can supply 54,000 tons of basic lithium salt per year, accounting for 10.2% of global demand. Relying on the Tianqi Lithium Corporation(002466) and Chengxin Lithium Group Co.Ltd(002240) lithium resource possession (equivalent to lithium carbonate) of 17.9 million tons, accounting for about 20% of the world, Suining lithium resources and materials advantage of China’s leading.

Diaz, Consul General of the Consulate General of Chile in Chengdu, said at the meeting that Suining has become the largest trade partner in the development of lithium resources in Chile, which is the country where Tianqi Lithium Corporation(002466) participates in the salt lake giant SQM.

Lu Xiuming, secretary of the Party Committee of the Suining Municipal Bureau of Economic and Information Technology, told Caixin News Agency that as of now, Tianqi Lithium Corporation(002466) and Chengxin Lithium Group Co.Ltd(002240) have a basic lithium salt production capacity of 75,000 tons in Suining, with a project capacity of 50,000 tons under construction, of which Tianqi Lithium Corporation(002466) Anju 20,000 tons of lithium carbonate project is building the main ground works and is expected to be completed in July next year. The city plans to reach 200000 tons of production capacity by 2025, accounting for about 13% of the global demand for lithium salt.

For enterprises landing in Suining lithium industry chain, lithium salt in Suining can be described as “within reach”. “At present, this project ( Tianqi Lithium Corporation(002466) Anju annual capacity of 20,000 tons of lithium carbonate) will be put into operation next year mainly in the vicinity of supporting.” Lu Xiuming said.

In addition, Yang Wenbin, deputy secretary of the Party committee and mayor of Anju district, mentioned in this meeting that Anju district is planning to build Tianqi Green Low-carbon Industrial Park of 2.76 square kilometers with a total investment of 50 billion yuan, mainly to undertake lithium projects, with an existing available land area of more than 4,000 mu, while more than 4,500 mu of land is reserved for lithium industry development.

Cai Lian News Agency reporter further learned from Suining City Economic and Information Bureau, the planning is currently in the preliminary stage, planning time for 20222030. Lu Xiuming said, “At present, on lithium resources, Suining accelerates the creation of the Tianqi Green Low Carbon Industrial Park, which relies on the cooperation of the lithium resources of Tianqi Lithium Corporation(002466) in Ganzi Prefecture, and then converts the lithium resources in Suining in situ.”

Lu Xiuming further said, compared to foreign lithium ore, such as Australia grade at about 2.2%, Ganzi, Aba mine at about 1.2%-1.4%, the mineral content is relatively not very high, but the high price of lithium carbonate, the cost cost increases, with the international market and national strategic security considerations, China’s lithium resources development exploration needs to start quickly.

“The current research in the provincial government, including the National People’s Congress and the Chinese People’s Political Consultative Conference will be mentioned at the meeting to accelerate the development of China’s lithium resources, including Tianqi Lithium Corporation(002466) also actively echoed Suining and Ganzi State to carry out some of the strategic cooperation and advancement at the government level.”

Among them, Suining lithium industry chain upstream key materials including Tianqi Lithium Corporation(002466) and Chengxin Lithium Group Co.Ltd(002240) , midstream cathode materials in Sichuan Yu can, Mianyang Fulin Precision Co.Ltd(300432) , Jiangsu Lopal Tech.Co.Ltd(603906) , etc. has formed the world’s largest production base of lithium iron phosphate, downstream battery terminals have hive energy 20Gwh project has been completed and put into operation, to promote the base of the industry 39Gwh project to start construction The company has accelerated the layout and “complementary chain” in the niche industry.

“Now cathode materials focus more on the transformation and upgrading, quality and efficiency issues, the next step in the development of Suining lithium industry is more ‘complementary chain’ work, such as our layout in the diaphragm and electrolyte still has a short board, the brand-type terminal battery project is still relatively lacking.” Lu Xiuming said.

Lu Xiuming told Caixin that the current output value of Suining’s lithium industry chain is 50 billion yuan, and the city’s industrial output is expected to reach about 170 billion yuan this year, with the lithium industry chain accounting for nearly 30 percent, it continued, saying that based on more lithium projects going into production this year, the output value will account for a higher level next year.

“This year many projects have been put into production, such as honeycomb energy from the end of October will have a rapid climbing process, Fulin new energy phase II, Sichuan lithium source phase II is also September to October in commissioning production, I believe that next year the output value will accelerate the increase.” Lu Xiuming said.

According to Suining City Economic and Information Bureau data, Suining already has 400000 tons of lithium iron phosphate cathode material production capacity, which will reach 800000 tons in 2025 and can support 400GWh batteries. The cathode material capacity under construction is 100000 tons, reaching 200000 tons in 2025, which is twice as much as the current capacity and can support 250GWh batteries.

Huaxi strategy: the restorative market of the year slowly unfolded

Gaogong lithium: lithium carbonate prices will drop to below 400000 yuan in 2024

The northward capital net buying throughout the day hit the year record after the Shanghai...

New energy continues to drag down the index subject matter mood to remain active many high...